Wular and mansbal lake - the reflection of heaven

Kashmir the Paradise on earth is a real piece of heaven laid on the surface of earth. No human language can interpret its magical beauty, charm and splendor. Decorated with snow capped mountains, verdant woods, gushing streams, green meadows, clear blue sky, razor edged mountains, scenic lakes and mesmerizing surroundings leaves one spell bound and makes sought after holiday destination in India. In addition to Gulmarg, Sonamarg and Pahalgam, there are so many  other places to visit those are at a very close vicinity to Srinagar. Mansbal and Wullar Lakes circuit is real feast to one’s eyes that takes you so close to nature that you hardly remember anything else. 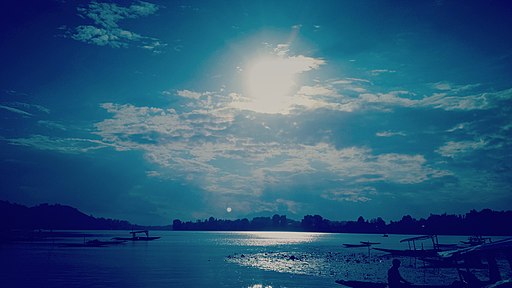 Mansbal tourist destination is situated at a distance of 32 Kms from Srinagar at an altitude of 1560 meters and can be appoached via Ganderbal, Sumbal and Bandipora. Situated at a countryside at a quite place, The Mansbal  Lake is beautifully nestled in a bloom of bewitching Kroch peak which stands at a height of 10300ft above sea level. This is the deepest lake in J&K and is known cleanest form of water, water nuts, lotus, lotus roots flowers and underground 1200 perennial springs. the lake harbors a rich variety of flora and fauna. On the bank of the lake exists heritage Mughal Garden Jharokabhag and a historical ancient Temple. According to Sir Auriel Stein the lake was formerly known as Manasa or Manasaras. The Ancient name is delivered from the sacred Hindu lake on the mythical mount Kailash, usually located in the Mansarovar of the Tibetan highlands.

Mansbal Tourist resort with its ideal setting, having a lake between surrounded by mountain slopes, provides ample opportunities for those in search of adventure tourism like Water Skiing, Paragliding (Currently Closed)., Kayaking, Jet Skiing, Canoeing, Angling etc. Infrastructure in the form of aquatic sports center exists on the bank of Lake which acts a center place for such activities.

On the eastern shore of the lake stands a historical temple. The Stone Temple is built in Traditional Stone Temple architectural style of ancient Kashmir. The temple is constructed in local grey stone much like the Temple of Avantipora. The Temple is partially submerged in water. A number of natural spring are located in the vicinity of the temple. It is assumed to have been built in between 8th or 9th century AD during the reign Avantivaraman. 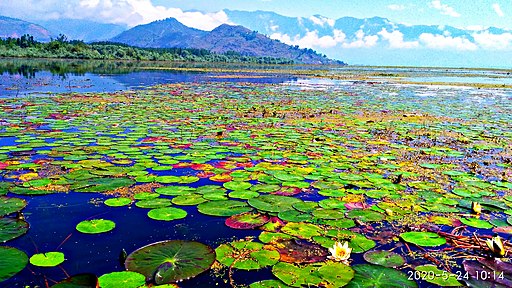 Wullar is one of largest fresh water lakes of Asia situated at a distance of 34 Kms North-west of Kashmir at an altitude of 1580 meters. Wullar is surrounded by high mountainous ranges. Wullar plays a significant role in respect of environment, tourism and hydrography of Kashmir valley. the wetland accounts for more than 60% of total fish production of Kashmir valley, which is source of livelihood of large population living along its fringes.

Wullar-vantage is situated at road side of village Garoora on thye bank of Wullar lake. is acting as way side facility of Tourists going around the Wullar lake. Wullar-Vantage provides full view of Wullar Lake.

The garden has been laid down at beautiful place over looking the majestic Wullar Lake. One can enjoy the early sunrise and beautiful sunset from this garden that will make one’s trip worth memorable.

In between Wullar Lake, there is an island which is known as ” Zainalank” that was raised and shaped by King Zainaual Abadin who ruled Kashmir between 1420-1470. The island is spread over two acres of land. In between island there exists the Ruins of Mousque and Temple.

Authwattoo with its ideal setting along the Madhumati stream is capturing the hearts and minds of all visitors to the region. the approach Authwattoo passing through variousq fruit orchads, picturesque villages and forests is providing an ample opportunity for those search of Kashmir’s much acclaimed beauty. Additionally for those in search of Adventure,  Authwattoo with its acclaimed fishing beats and numerous hiking routes provides ample opportunities.
Category: Kashmir Tourism, Kashmir Travel Guide